Under the sun, Justice is often seen portrayed symbolically with a statue of Lady Justice (also known as Justitia), based on the Roman goddess Justitia. She wears a blindfold to symbolize impartiality. The fact that the lady cannot see who she is judging means that she does not judge on the basis of appearances, or merely on what her senses tell her. She does not see who comes before her, if they are her friends or enemies; high or low; rich or poor. Lady justice sees no race, religion, sex, creed, nationality, etc. She does not discriminate. She treats everyone equally and fairly. She simply weighs one side against the other with her scale. She judges with reason and rationality. And with her sword, her justice is carried out swiftly and can be final.

Based on the truth of the dignity of every human being, justice means to give each person that which is due (and is expressed negatively and positively). Justice is something that is due as a reward or as a punishment for certain forms of behaviour. The basic concept of justice is rendering to a person what is their due under the law. Justice corresponds to the law. The relationship between law and justice is irreparable. The two are intertwined. “All laws should be based on the idea of justice and should be implemented, interpreted and enforced in a just way without discrimination of sex, gender, age, color, race, religion, language or any other status.” – Giulia Squadrin. In 1955 right around the time that Rosa Parks was arrested, there was a mass meeting of the Montgomery Improvement Association in a church in Montgomery and Martin Luther King offered this definition of justice:

A story was said about a judge of an isolated community who once faced a difficult decision carrying out a sentence on an accused who had broken the law of the land. The law stated that anyone convicted of bribery is to be brought to the whipping post to receive 100 lashes on their bare back. The very first offender caught in the act of bribery happened to be the judge’s mother, and she was taken to the judge (her son) for sentencing. Will the son spare his mother? Or will he order 100 lashes on her bare back? LOVE said release her; JUSTICE said punish her. The judge pronounced his sentence, and his mother was taken to the whipping post. After 5 strokes had descended on the judge’s mother bare back, the judge demanded for the lashing to be stopped immediately, and for his mother to be released. Then the judge stripped off his own robes and said, “I shall take the rest of the lashes.” As his mother looked on, the judge received 95 lashes on his bare back. JUSTICE was satisfied, and LOVE bore the brunt of the penalty.

In a far surpassing unrivalled way, Jesus died on the cross to satisfy the justice of God. But Jesus did not only pay 95% of the wages of our sin (death), He paid 100% of the penalty of your sins and mine. Jesus paid it all! God’s law said, “The soul who sin shall die.” – Ezekiel 18:20. But thanks be to God because the sinless Saviour died, my sinful soul is counted free; For God the Just is satisfied, to look on Him (Jesus) and pardon me. Jesus was pierced for our transgression; He was crushed for our iniquities; upon Him was the chastisement that brought us peace, And by His wounds we are healed. Like sheep, we have all gone astray; we have turned–every one–to his own way; And the LORD has laid on Him–Jesus the iniquity of us all (Isaiah 53).

The son of man who died in humility on the cross is no other than the King who would reign and rule with an iron sceptre when He returns. Somehow it seems a lot of Christians do not comprehend that we will be in charge of running the whole universe. We get so involved in the world system yet we forget that we are actually given all the resources of truth, wisdom, equity, justice, love and kindness, generousity and understanding in order to resolve all of our dispute. In 1 Corinthians 6:2-3, the apostle Paul reminds us, “Or do you not know that the saints will judge the world? And if the world is to be judged by you, are you incompetent to try trivial cases? Do you not know that we are to judge even angels? How much more, then, matters pertaining to this life!”

God is the the only one who is able to know our hearts perfectly. We don’t even know our hearts. We tend to judge one another. Most often, we tend to misjudge one another but it is only God who can really see us as we really are. For this reason is why I personally think it can be erroneous to say for sure whether someone else is eternally saved or not. You and I cannot judge perfectly, because we do have the book of life, we don’t know. All earthly courts will pronounce judgement and deal with a person who has been accused of an action (e.g. something that person did, said or committed). But only the Heavenly court is able to judge a person based on his/her thoughts. Quite a scary thought to think that the courts of Heaven judges our thoughts.

Someone said, “The only exercise that some people are getting these days is jumping to conclusion; running down their friends; side-stepping responsibilities and pushing their luck.” Some even dare to sit in judgment over God, accusing God of wickedness and unfairness. But who is a position to judge the creator God? Who knows as much or more than God when it comes to the complexity of the who universe? Can an honest judge really render a verdict without all of the evidence present? No, not if he/she is honest. A jury cannot make a sound decision without seing all the evidence. Now if you want to sit on judgement against God, then you must ask yourself the question, “Do I have perfect knowledge of the universe and of the answers about every question surrounding the universe?” Only the legalists and the Pharisees think that they have answers to all the questions.

“If God looked at a world filled with innocent people and decided to save some and damn others, there would be injustice in God. But only once in all of history has God ever punished an innocent man. And that was only after that innocent man willingly for the sake of the elect assumed the culpability of the sin of His people. If God decided not to save anybody, would there be anything wrong with that? If God decided to punish the entire human race for the human race’s rejection of God and rebellion to God. The only objection we can give at that point is that God is just. A just and Holy God is never required to love a rebellious creation to the extent of extending mercy to it” – R.C Sproul.

“For ALL have sinned and fall short of the glory of God” – Romans 3:23

Justice corresponds to the Law, and Mercy corresponds to Grace. God is as much the God of Justice as He is the God of Love, God of Mercy, and God of Grace. It is very important to have a Biblical understanding of justice. The justice of God is a vital part of God’s character. Without a godly response to injustice, it is most likely that the cycle of injustice will go on. “Injustice anywhere is a threat to justice everywhere” – Rev. Dr Martin Luther King Jr. When the apostle Paul himself saw a miscarriage of justice whereby some corrupt politician where trying to kill him, he appealed to Caesar (Acts 25). We know for a fact that it was a miscarriage of justice on the part of Pontius Pilate that sent Jesus Christ to the Cross (according God’s sovereignty).

When David wrote Psalm 142, he was in a cave, hiding. Right on the outside, king Saul together with a band of trained soldiers were after David’s life. Although it is very possible that David was in that cave with a few of his loyal friends and followers, he very much felt alone there, and he cried saying, “I look to my right and see no one cares for me, I have no refuge and no one cares for my life.” Why is he saying, “I look to my right?” In the judicial system of his day, if there’s a court setup, the advocate (the lawyer in our modern language) always sat on the right-hand side of the accused. And David was looking for an advocate. He was looking for somebody to defend him, somebody to speak on his behalf. Someone who would give a word of encouragement. And he looked to the right, but there was no advocate. 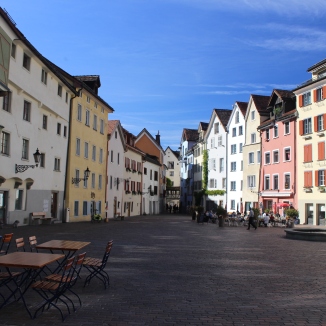 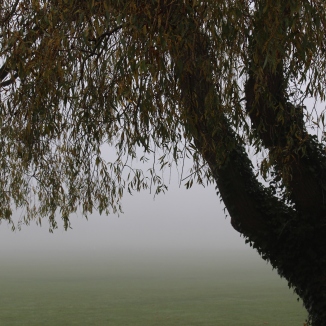 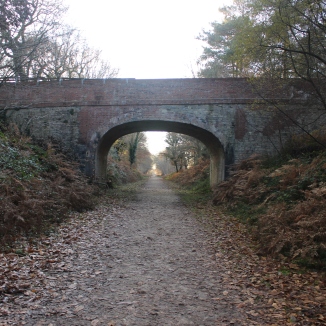