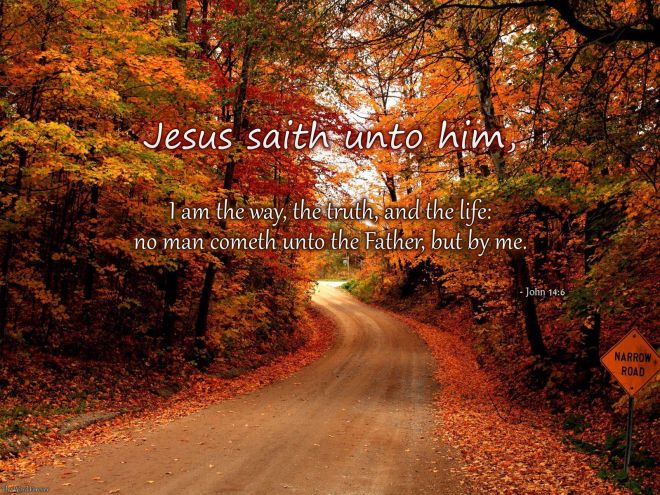 Some people think that when Paul said (in Romans 11:26) all Israel will be saved, it means every Jew everywhere, “ABSOLUTELY NOT TRUE!” This is like saying everybody who has a church membership is going to be saved, or everyone who claims to be Christian is going to be saved. You and I both know that is not true. Only those who have been born again through Jesus Christ (who shed his blood on Calvary) are really the saved ones, they are the remnants. When the bible talks about the church of Jesus Christ, it is talking about these people who are remnants and not everybody who belongs to any church. In Romans 11, Paul is making the argument that the remnant are the faithful Jews who are going to come and commit their life to Jesus Christ.

It is true that the people of Israel are favoured by God. The apostle Paul tells us in Romans 9:4-5 that they are descendant of Abraham, Isaac, and Jacob. God adopted them, revealed his glory to them, gave them his law and made a covenant with them. God gave them the privilege of worshipping Him, and they received His wonderful promise of the coming Messiah – Christ Jesus, who himself was born an Israelite. In his anguish for Israel, Paul asks – how can a child of privilege and promise turn out to be a child of prejudice and blasphemy? He answers the question in verse 6 – “It is not because God is unfaithful. For they are not all Israel who are of Israel.”

Right from the very beginning, there has always been two Israel that descended from Jacob – One being a physical descendant, and the other, a spiritual descendant. Paul is pointing out that God’s promise to Israel did not fail because the promise was for the Spiritual Israel – the faithful Remnant, and he proved his point about the two Israel by pointing us to two examples right there in the scripture – Abraham & Isaac.

Abraham had two sons as revealed to us – Ishmael and Isaac. Both were blessed by God but only one was the son of promise – Isaac. Isaac himself had two twin sons – Esau and Jacob. Even though they were both born to the same mother within minutes to each other, only one of his son was the son of promise – Jacob. Paul is making the point with this example that there are clearly two Israel, which the Lord himself declared when he said to Rebekah (Isaac’s wife), “there are two nations in your womb (Gen. 25:23).” God’s promises from the very beginning are for those who are children of Abraham, according to faith, not according to race.

Again in Galatians 4:21-31, the apostle Paul uses an allegory to make his point.  Jesus did the same thing with parables, you just have to figure it out in the end. Paul said Abraham had two sons – Isaac and Ishmael. Isaac was the son of promise, and Ishmael came about (through Haggar, a slave woman) as a result of Abraham and Sarah doubting the promise of God. Paul is pointing out with the allegory that we believers are like Isaac, the children of promise; of the covenant of grace, mercy, forgiveness and of the free woman.

So then, why did God in His sovereign plan allow for Ishmael to be born and be a large nation? I am convinced that it was that they may be a constant rebuke to the children of God for their unfaithfulness to Him. As a result of Abraham and Sarah trying to improve on God’s promise over 3000 years ago, the whole world right now is standing on the brink of disaster.

The fact that many Jews have hardened their hearts towards Christ does not mean that God has rejected them as a race. In Romans 11:7-10, Paul is saying that there is a universal principle –  if anyone keeps on hearing the truth and refuse to respond to that truth to come into their lives and change them inside out, the time will come when that person will be incapable of responding to the truth.

It amazes me to think that it was through Israel’s fall that Salvation came about to the Gentiles. Israel was a nation God brought out of the land of slavery, whom He loved so dearly, but as soon as they got into the promised land, they ran after other gods – Baal, and forgot their One True Living God. They also forgot that privilege God gave them to be a unique people – a light to the gentiles. God told Abraham (in Genesis 12),  “through you and your descendant the world is going to know me Jehovah,” but no, the nation of Israel kept God privately to themselves and forgot all about that great commission.

To be sure, God has withdrawn His commission from Israel that He handed to them through Abraham in Genesis 12 – to be a light to the Gentiles and the nation. For the time being, God withdrew that commission and Jesus Christ Himself handed that commission to his apostles when he said to them (in Matt 28:8):

“All power and authority have been given unto me therefore go and make disciples of all nations.”

In Romans 11, Paul is arguing that if God can withdraw His commission from his people the Jews, then He is able to do it for every single Christian who lives for himself or herself and constantly ignore the commission of God or the call of God on their life to make Him known. But to reject a jew who would turn through faith to Jesus Christ, NO WAY, Paul is saying. God will NOT reject a Jew who will turn to Him through faith in Jesus. Paul is saying, to be sure –  yes,  Israel as a nation as now rejected God’s plan of salvation but there always will be a remnant.  As made clear earlier, there are really two Israel – there is an Israel inside Israel. Here’s further evidence:

In regards to the Olive tree (Romans 11), I believe Paul is saying the root is the faith of Abraham. He told us in Galatians and in Romans and we’ve seen it again and again that all those who are saved are children of Abraham according to FAITH, NOT RACE. The trunk is the Lord Jesus Christ and the branches are all Jews and Gentiles. To be sure the Jews were already there, but the Gentiles were grafted branches. It is because of unbelief that some of the branches were broken off from the tree.

It is very sad to think that some segment within the professing church are saying we ought never to evangelise the Jews because they have their own special way of being accepted by the Lord. That is a heresy. Try telling that to the thousands of the completed Jews in messianic congregations. God has provided only one way of Salvation, there is no other way and it through the shed blood of the Lord Jesus Christ, and both Jews and Gentiles must come the same way because there is no other way. We ought to tell every Jewish friend lovingly to come to the cross that their true Messiah loves them.

Not many years ago, there was a Christian man who was a student at Mercer University. He happened to have a roommate who happened to be a Jew. One day this Christian man made a simple suggestion to his Jewish roommate. He requested that his roommate read a passage from the book of Isaiah, and when he finished doing so, to go back and read the gospel and the gospel account.  Then he told his Jewish friend that after the readings that if he did not conclude that the Messiah Isaiah prophesied about 700 years earlier is the very same Jesus of the gospel, that he should come back and have a chat with him.

Both this roommate met again to chat but this time this brilliant Jewish student had come to realise of course that the passages and prophecies were all fulfilled in the Lord Jesus Christ, and from that revelation, he became a completed Jew – a true believer in Christ Jesus. From there on, he went on to graduate from the law school of Mercer, and today God is using Jay Sekulow to bless the whole nation because of his commitment to the truth.

Jesus told the story of Lazarus and the rich man (Luke 16) – it was not a parable, but a true story. The rich man was a self-centered man, but Lazarus was a poor man who trusted God. When both died, Lazarus went to Abraham’s side and the rich man to Hades. The rich man sincerely thought that his ethnicity, his Jewishness was going to get him to heaven but he was sincerely wrong.

In Hades, the rich man cried out to Abraham (the father of the Jewish people) to save him, but the bible tells us it was sadly too late. This rich man even begged Father Abraham to send Lazarus to warn his family and tell them the truth so they will not end up like him, but Abraham told him that if they do not believe in Moses and the Prophet, they will not believe even if somebody would rise from the dead.

Salvation is based on Mercy and not merits. Only those who would turn to Jesus Christ in repentance and faith will make it to Heaven. Salvation belongs to our God and He offers it to everyone including Jews and Gentiles. The bible is clear, the only way to the Father is through the son – Christ Jesus.