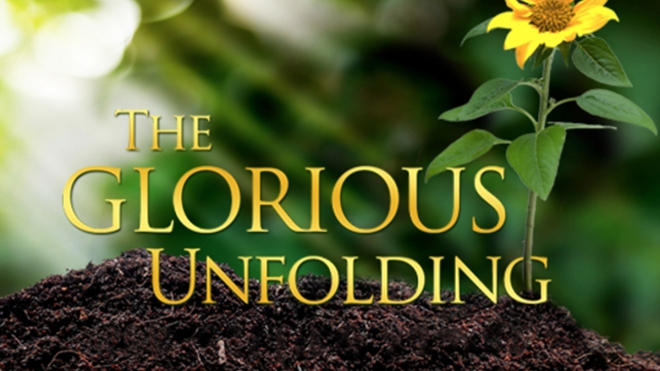 On that great day, I am convinced in my own heart that there are going to be believers right up there near the Lord receiving awards that you and I have never heard of, people that are so unknown. On the other hand, there are also going to be some bigshot preachers way in the back receiving absolutely nothing! In fact, there is no such thing as a big preacher but there is such a thing as a big saviour in our Lord Jesus Christ.

Back in the 1800s, there was a Christian man, no he was not a preacher or a famous evangelist, he was not even in full-time ministry, but he was obedient. He was teaching a small Sunday school class of boys, and one day he made a decision under God that he was going to visit every single one of those boys and challenge them one on one on their relationship and commitment to Christ. And so, he went about visiting every one of those boys from his class.

One of the boys was a stock clerk in a shoe store, and this Christian man knew his only chance to speak to him one on one was in the store. So, he went and stood at the door of the store, he almost did not go in, but the power of the Holy spirit prevailed and took the hesitation away. He went inside the store and asked for the young lad, and he found him there. After a conversation with this young man, the Christian man prayed with him and the young man gave his life to Christ, but that’s not all. This young man began to have a vision for life, a godly perspective on life and he became on fire for the Lord.

One day, this young man went to his pastor after he was converted, and asked if he could teach Sunday school, but his pastor disagreed. The young man was not discouraged or deterred,  he went to the street of Chicago where he found some wayward boys to witness to and he led them all to Christ one by one. When he got up to 30 young boys in number, he went back to his pastor with them all and asked again if he could teach Sunday school. The pastor agreed this time around having considered that this young man brought in all the boys to know Christ and to the Sunday school. From there it all began, a ministry that impacted the world and continues to impact the world to this very day. That young man was Theo Moody.

A biographer said that Theo depopulated hell by at least a million Souls. But if that would be the end of the story it would be wonderful, but that’s not all. Moody travelled a great deal, and once to England. Among the churches that he visited in England was a stately church that was pastored by FB Meyer. FB Meyer was well educated, very cultured and different from the rough talking American Evangelist Moody, and they both just didn’t get along. Nevertheless,  Theo Moody on his visit to this stately church spoke and testified about the Sunday school teacher who came to his shop to shared Christ with him and about how the Sunday school teacher also led every one of his boys to Christ.

One of the women in FB Meyer’s church in London heard that testimony and was challenged. She also went out and began to visit every one of the girls in her Sunday school class. She went back to FB Meyer and testified to him about how the power of God working in the testimony of Theo Moody has spurred her to lead all her Sunday school girls to Christ. This brought FB Meyer under conviction and he felt so terrible. He went and apologised to Theo Moody and from that moment on they both became great friends.

Theo Moody invited FB Meyer to the United State, and during his visit while speaking to a large group of young men, he said, “I sense someone here in this meeting struggling with a question” and he continued, “Can I ask you this, if you’re not willing to do everything that the Lord wants you to do, are you willing to be made willing?” The young man wrestling with God at that night who was in that meeting was John Wilbur Chapman.

After that encounter, Chapman made a commitment to Christ and he became a great evangelist. He led tens of thousands of people to Christ. One of them was a rough-talking former baseball player and a YMCA worker who became his travelling companion. When Chapman retired, this former baseball player succeeded him and since then a whole new chapter in Evangelism in America has been turned. His name was Billy Sunday.

If that was all there is to the story that would be enough, but that’s not all. Billy Sunday once went to preach in Charlotte North Carolina. There was a group of farmers who after hearing Billy Sunday preach began to meet on a regular basis to cry to the Lord, “Do something great for Charlotte!” and they changed that prayer to “Do something great for the world beginning in Charlotte.”

These farmers invited an evangelist by the name of Mordecai Ham to preach in Charlotte. The first night, the response was terrible, only three or four teenagers at the encouragement of one the elders came forward. Actually, they intended to make fun of the preacher but then they had a change of heart and truly responded to the invitation. Among those boys was Billy Graham, Grady Wilson and T.W Wilson who both became administrators of the Billy Graham evangelist associations (two brothers).

Billy Graham preached the gospel to tens of millions of people all around the world for over a period of 60 years and impacted so many lives for Christ. But that’s not all, the BGEA ministry is still very alive today as it is now carried on by the next generation – Franklin Graham, who followed in his father’s footstep.

I am convinced that as far as Heaven is concerned, it is not the Billy Graham or Theo Moody of this world who will receive the greatest reward. The greatest reward would be to that obedient Sunday school teacher whose name was Edward Kimball who was obedient to that Godly perspective even in that moment of hesitation before going into that shoe store.

It is said that “One act of obedience is better than one hundred sermons” – Dietrich Bonhoeffer. God honours the walk of faith and his dishonoured by the walk of sight. Faith is not believing in spite of the evidence, but faith is obeying in spite of the consequences. “Would the clay say to the potter what are you making?” – Isaiah 45:9

The greatest catalyst effect of all started to unfold when Abraham trusted and obeyed God and founded the nation, then Isaac and Jacob built it. Joseph protected it in Egypt and Moses redeemed the people from Egypt. Joshua gave them their promised inheritance, and David established the kingdom. In spite of sin, suffering and failures, the Davidic line never ceased, but that’s not all, for the day came when the glorious unfolding unfolded, Jesus Christ, the Son of David, Son of God, was born in Bethlehem.

Before David succeeded Saul as King of Israel, Saul was worried that David was after his throne and so he wanted David killed. David went on to hide in a cave, and it was in there he cried out to God saying (Psalm 142), “I look to the right to see if anyone cared for me?” In the court system of his day, an advocate, a defender always sat at the right hand of the accused, and David was looking for a human advocate, a human defender and there was no one there. In fact, it is not by accident that Jesus seats at the right hand of God, what is He doing? He is interceding, advocating on our behalf, defending us to the Father.

David continued to cry out to the Lord saying, “You are my refuge and my portion in the land of the living.” What does this mean? If you are dividing in a pile or whatever it is, you say, “here’s your portion, and here’s your portion, and here’s your portion.” When we say “the Lord is my portion,”  like David did, the word actually means – your highest price possession. There is nothing in our lives we shouldn’t be willing to let go of in order to be closer to God. In our lives no matter where we can go, or whom we can meet, or what we can see, accomplish, earn, or be given to us, there is nothing in our lives that would ever even come close to the greatness of knowing Jesus Christ our Lord.

Jesus lived the life we could never live, and died the death we fully deserve so that we can be made righteous with God. The life that He lived qualified Him for the death that He died, and the death that He died qualified us for the life that He lived. If we look above us, we see the heavens He created; if we look beneath us, we see the earth that He founded; if we look within us (when we give our hearts to Him), we find the Spirit that He formed. He is everything to me. Nothing compares!