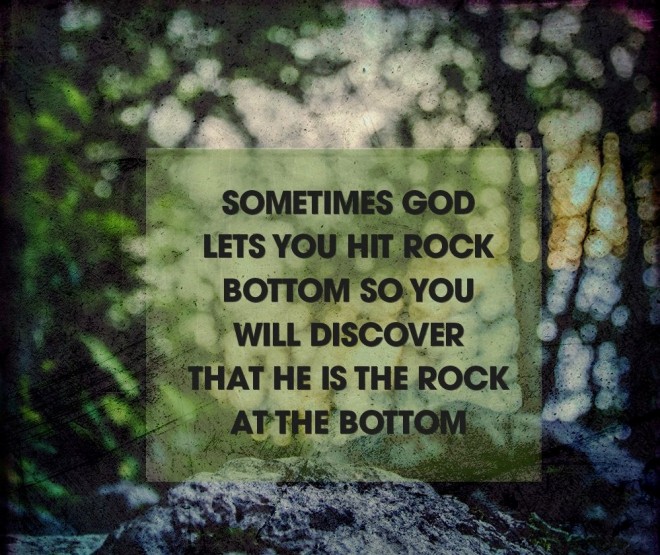 “Life carries with it more pain than pleasure for many of God’s children. The most bitter tears are those shed inwardly or alone when no one else sees the agony of our spirits.” – C.S. Lewis.

Charles Spurgeon, one of the great preachers of yesteryears was a uniquely gifted man of God. He served as a pastor at London Metropolitan Tabernacle. At times, he would preach to an audience of 5000 people without a microphone or any PA system. During his lifetime, Spurgeon is estimated to have preached to 10,000,000 people. And Just like anyone of us, Spurgeon had clay feet too. He was no stranger to discouragement and depression. It is said that Spurgeon tendered his resignation thirty-two times over a span of thirty-nine years. Spurgeon in his self-confession once said, “I suppose some brethren have neither much elevation nor much depression. I could almost wish to share their peaceful life, for I am much tossed up and down, and although my joy is greater than that of most men, my depression of spirit is such as few can have any idea of. This week has been in some respects the crowning week of my life, but it closed with a horror of great darkness, of which I will say no more than this—I bless God that at my worst, underneath me I found the everlasting arms.”

If we take a moment to look to history itself to some of the people that made much impact for God such as the Wesley family, Dr Martin Luther King Jr, Martin Luther: The Great Reformer, William Penn, John Calvin, John Newton, William Cowper, Philip Bliss, Horatio Spafford, George Matheson, Joseph M. Scriven, C.S Lewis and so forth… They all had to endure many trials, but God carried them through until the work on earth was done. Joni Eareckson Tada once said, “Suffering presses you up against God… Suffering becomes the lemon that God keeps squeezing to reveal the not so pretty stuff of which we are made so that it can be brought to light and confessed.” This is coming from someone who understands physical pain every single day of her life, ever since a diving accident in 1967. Pain is no evil, unless it conquers us. French painter, Pierre-Auguste Renoir was asked why he persisted in painting when the arthritis pain in his hands and shoulder were unbearable, he replied saying, “The pain passes, but the beauty remains.”

A very long time ago, there was a Midwestern lawyer who was in such deep depression that his worried friends thought wisely to remove all knives, razors and dangerous objects from his vicinity. During that time, he wrote the following words in his diary: “I am now the most miserable man living. If what I feel were equally distributed to the whole human family, there would not be one cheerful face on the earth. Whether I shall ever be better I cannot tell; I awfully forebode I shall not. To remain as I am is impossible; I must die or be better, it appears to me.”

Possibly, this Midwestern lawyer might have struggled with depression throughout his life, but that did not stop him from becoming one of the finest president ever known to the United States of America. His name, Abraham Lincoln – a man who was not spared of much sorrow throughout his life… At a young age, Abraham Lincoln lost his mother, and his father moved away leaving him. He had to work hard splitting logs and taking on other manual labour. His hunger for knowledge spurred him to work even harder to excel in his studies, and this led him to become a self-trained lawyer. His relationship with his first partner was cut short after she passed away. Abraham Lincoln personally believed in an all-powerful God, but he apparently never made a clear profession to Christian belief. Nevertheless, after experiencing the tragedy of losing a child, he only found much-needed solace by drawing closer to God. Abraham Lincoln was remarkably fond of children but tragically 3 of his own died at a young age. On the day Abraham Lincoln was assassinated, he reportedly told his wife about his desire to visit the Holy Land.

Whatever crisis you may face, it will pass. But what remains is the reaction to that crisis. The way you perceive God will have a direct impact on your attitude toward your crisis. How you react in the midst of your storm is one of the most important thing in your Christian work. I read the other day about how different birds react to rainstorms. Apparently, the duck is actually indifferent to rainstorm and totally oblivious to it. The chicken, on the other hand, is a miserable creature in the middle of a storm. But the robin sings, saving its sweetest note to the most raging part of the storm.

So the questions is – are you a duck, chicken or robin?

Martin Luther, the great reformer was known to be prone to discouragement. He apparently became really discouraged and started to fall into the depth of despair when his friends turned on him during a period of time when he was battling both the emperor and the pope. In his despair, he sought the Lord, and eventually found much encouragement in the cool of the evening when he went for a walk and looked up. He later penned down in a letter the following words: “I have looked up in the night sky spangled and structured with stars and found no pillar to hold them up, yet they did not fall…”

The only place to go in the hour of desperation is the throne of Grace. The only solace right in the middle of our storm is God. “The only way to keep a broken vessel full is to keep it always under the tap” – Billy Sunday. When God heals a broken heart, He doesn’t just patch it up, He makes it stronger than it was before. It is only when you and I are broken, that God can put us together again in a far greater way. It is only the crushed rose that gives off its sweetest fragrance. It is only after the pain of childbirth that the joy of motherhood is experienced. It is only the crushing of wheat that makes breads. It is only the grains of sand that wounds the body of the oyster, and yet, out of that irritation comes a beautiful pearl.

“For it was only when the Lord Jesus Christ allowed His body to be broken with thorns and nails and spear that redemption poured forth like crystal stream from which sinners could drink and live eternally.” – Dr. Michael Youssef.

There is one thing that you must never do in times of fear, brokenness, depression, uncertainty, and discouragement and that is – to completely isolate yourself by cutting yourself out of Christian fellowship. While we may come to Christ as individuals, we do not remain solitary salvation pilgrims or individual lone ranger Christians. Being a Christian is not an individual journey; it is a group effort lived in community. God provided the great Apostle Paul with a Godly couple to be his friends and companion. Aquila and Priscilla were God’s gift to Paul’s burden of responsibility and formidable task, they were a provision of fellowship, encouragement, and love to his faithful servant, the great apostle Paul.

Nevertheless, the people God raises up still must be willing to endure the suffering of solitude. On the contrary, solitude can help us appreciate people more. In solitude, our heart of stone can be turned into a heart of flesh, rebellious heart into a contrite heart, and a closed heart into a heart that opens itself to all suffering people in a gesture of solidarity. This type of solitude is not a state of loneliness but of aloneness with God alone.

When Satan tempts me to despair and tells me of the guilt within, upward I look and see Him there, who made an end of all my sin. Broken-hearted I come to Thee in prayer Father. Heal my wounded, broken spirit. Save me by Thy Grace, and grant me Thy Peace. 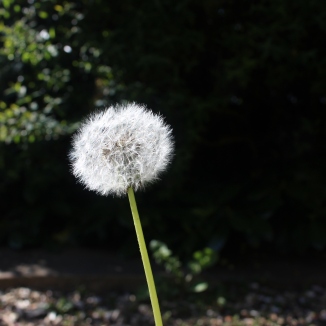 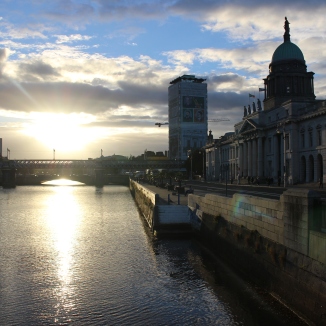