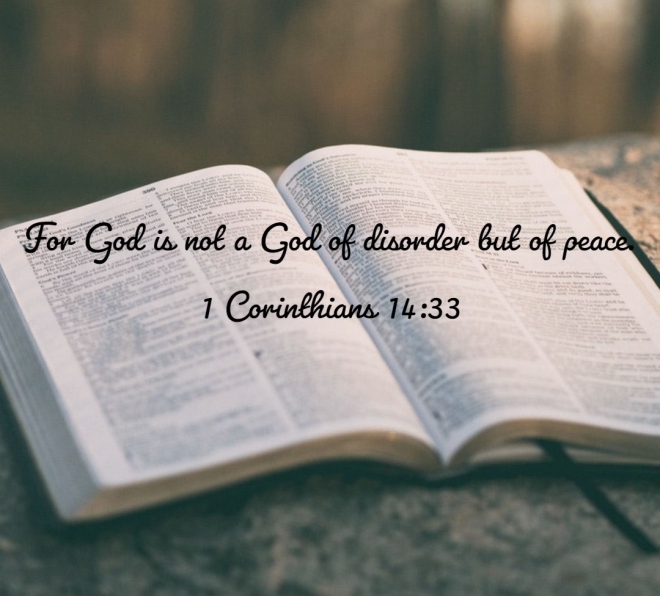 “Let a woman learn quietly with all submissiveness. I do not permit a woman to teach or to exercise authority over a man; rather, she is to remain quiet. For Adam was formed first, then Eve; and Adam was not deceived, but the woman was deceived and became a transgressor.”

This text is probably the most inflammatory text you could read in contemporary culture. Those words that were spoken and written by the great Apostle Paul in the New Testament, they apply just as much to our lives today as they did thousands of years ago when he wrote them. Secularism and humanism invasion of the church is making us think like the world, but the word of God does not change with the times.

The issue here is the authority of God’s word. In Genesis, God was the One who assigned our tasks, assignments, functions and gave us all our roles. We did not choose them, God gave them to us.  Paul nor Peter did not make them up, they both knew the word of God and they were declaring it just as they knew it. God inspired these words in the scripture.

Perhaps, knowing some might be in disagreement with him, Paul even said God has chosen him to proclaim the truth, so don’t shoot the messenger (I Timothy 2:7). The verses (1 Timothy 2:11-14) are clearly evident that women are NOT to teach or have spiritual authority over men in the church context. The book of Acts tells of Priscilla & Acquilla who took Apollos (a church leader) aside and explained to him the way of God more accurately. And so, it is unlikely every kind of teaching is forbidden. Paul here is forbidding women to teach where that teaching is an exercise of authority over men. And by quietness, I think Paul has in mind the kind of quietness that respects and honours the leadership of the men that God has called to oversee the church.

So why does Paul gives this instruction? The reason being is that man was created first (verse 13). This verse alone speaks volume about God’s order for the church. Paul adds that the woman after being deceived became the transgressor (verse 14). Paul’s reason for this instruction in these verses clearly has nothing to do with culture, sexism or chauvinism.

Men and women are EQUAL as humans but entirely UNIQUE as creatures. They are not only distinct genders sexually but almost every aspect of their natures is different. There is no superiority or inferiority between men and women in the Christian faith. The only difference is that of their roles and functions. Just as the God the Father and God the Son are absolutely equal in essence within the Godhead in every way, but have different functions, so it is between men and women. Men are totally dependent upon women and women are totally dependent upon men.

It’s true that the Bible says that there is neither male nor female (Gal. 3:28), but this chapter in Galatians is specifically referring to the context of Salvation. It means that before God, both man and woman stand on level ground, equally saved, equally heirs of the kingdom, equally clothed with Christ, and equally baptised into Christ. It is a dangerous thing to take the word of God out of context because in doing so, we can twist it to justify what the Bible calls sin, such as living a homosexual lifestyle if we say there is neither male nor female.

In fact, the battle of the sexist did not start in the church of Corinth, nor in the 60s in America. The battle of the sexist started back in Eden. After Adam was created from Dust, the LORD God said, “It is not good that the man should be alone; I will make him a helper fit for him.” and God created Eve from Adam. Later on, the Devil in disguise deceived Eve to eat the forbidden fruit, and she shared it with Adam. Satan knew that God appointed men to have a special responsibility in leaderships, and he assaulted that order by just ignoring Adam and going directly to tempt Eve to disobey God. The Evil one went to the woman first so to create dissatisfaction in her role, so to create confusion with regards to the roles, for Adam was given the responsibility of leadership. Instead of leading, Adam was following. Satan made it possible for Eve to debate the issue.

“If Satan can get anyone to begin to debate any of the issues that are already settled in the word of God, he is two-thirds of the way there.” –  Dr Michael Youssef.

Women have always played a very important role in ministry; from John Mark’s mother who opened her home for the church to meet at, to Mary Magdalene who was privileged to be the first to announce the resurrection of the Lord Jesus Christ to the disciples. The scripture is very clear that of all these different roles, women are not to teach men in the church. Even though in the Old Testament God used women like Miriam, Deborah, and Huldah, that does not in any way invalid that there is an order God has set out for us to live by today. Men and women are both more vulnerable when the order of God is forsaken.

Some people will say, “God told me this and that…” I don’t listen to them! If ever anyone needs confirmation when God speaks, let it be through His Holy Scripture, the Bible. God’s voice is never contrary to the word of God, and God’s word does not contradict itself. Not only are we in danger of letting political correctness blind us from Biblical truth, but we live now at a time (according to 2 Timothy 4:3) when people refuse to endure sound teaching, but having itching ears are accumulating for themselves teachers to suit their own passions.

As soon we learn to read the word of God for what it is without any strings attached; when we really surrender to God and ask, “what is the scripture really saying?” The Holy Spirit does his job of convicting us. When I read the scripture, I often ask myself these three questions:

When sin entered into the world through Adam and Eve, the roles were reversed, men abdicated his responsibility. But, how does a Holy God whose Eyes are too pure to look upon sin (Habakkuk 1:13) deals with them: God’s justice said, Adam and Eve must die (for the wages of sin is death – Romans 6:23), but His amazing Grace said, physically they will die but spiritually I am going to spare them. And He gave them time to repent and accepted the shedding of animal blood as a sacrifice for their sins (a foreshadowing of the perfect Sacrifice, Christ Jesus)

At the core of every sin is the rebellion of the heart that is why we desperately need to guard our heart above all because everything we do flows from it (Proverb 4:23). What truly matters is that our hearts are set right with God in all we do because, in the end, God will judge us by His standard and not our own. It is far more important to be biblically correct than to be politcally correct.