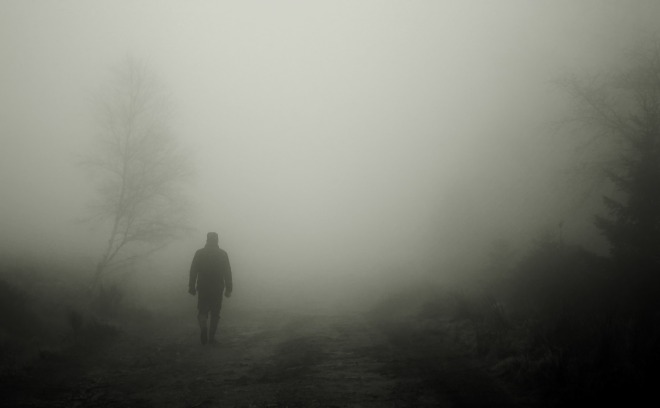 Perhaps, this is the one question that most Christians have asked at one point in their lives or another. The question often becomes intensified during certain times in life when there are changes happening. For example, when looking to change or when there is change in profession, church, or when one is looking for a spouse, or wanting to know which institution to go to and so forth… The question is natural and legitimate. I think young people in particular often struggle to know what to do, what God’s will for them is.

After David defeated the giant Goliath, he along with the men of Israel and Judah pursued the rest of the Philistines forces to slay them. And when all the men returned home victoriously from the war with the Philistines, Saul the king was enraged and blinded with jealousy on hearing the people of the land praising David for killing thousands more of the enemy than he did. Because of David’s growing fame among the people, Saul became insecure about his place on the throne and sought to eliminate David whom he perceived as a threat to his throne. Saul sought to kill David at least 12 times, but the LORD protected him. The Bible tells us that Saul threw his spear at David twice in his effort to pin him down and kill him, but David eluded him (1 Samuel 18:11).

David went on the run, hiding from one place to the other (even in a cave) fleeing for his life, but Saul kept tracking him down. David heard that Saul was plotting harm against him in the town of Keilah. And so, David inquired of the Lord in order to find out if Saul was really after him, and to be sure if he could trust the people of Keilah not to deliver him into Saul’s hand. David asked Abiathar the priest to bring the Ephod with him so that he may inquire of the Lord. Exodus 28 describes the Ephod as the official sacred garment of the high priest upon which the breastplate contains the Urim and Thummim that somehow helps in discerning clearly the will of God. And it was through Abiathar the priest that David was able to clearly discern the will of God (1 Samuel 23:6-14).

As I reflect on this story, and read about the Urim and Thummim in the Old Testament times, I think to myself, “Won’t it be great if God provided us with one of those today so we also can clearly discern His will for our lives in any particular situation?” But we don’t have them. However, in this day and age of the New Testament, we have the infallible word of God (the Bible), and the Spirit of God that dwells within us. And when the Holy Spirit of God is not grieved; when we surrender all areas of our lives (every chamber, every department and everything that is us) to the Holy Spirit of God; when we are guided and walking according to the real will of God as revealed to us in the scriptures, you and I will be able to discern and align our will with the will of God.

It is important that we know God as a guiding God. We grow as Christians by depending on God more and less on ourselves. God wants us to be dependent on His Grace, but Satan wants us to be dependent on ourselves. And if ever anyone needs confirmation when God speaks, let it be through His Holy Scripture, the Bible. To be sure, God’s voice is never contrary to the word of God, and God’s word does not contradict itself. You cannot know the will of God when you have not responded to His Word; You cannot know the plan of God for your life when you have not obeyed what is revealed in His book (The Holy Bible). When asked for the secret of his success, William Booth (Founder of The Salvation Army) said:

“I will tell you the secret. God has had all there was of me. There have been men with greater brains than I, men with greater opportunities. But from the day I got the poor of London on my heart and caught a vision of all Jesus Christ could do with them, on that day I made up my mind that God would have all of William Booth there was. And if there is anything of power in the Salvation Army today, it is because God has had all the adoration of my heart, all the power of my will, and all the influence of my life.”

Miriam Booth, the daughter of the founder of the salvation army (General William Booth), was a kind-hearted gifted godly woman. It is said that she was a lot like her father. Her Christian ministry began with great success, but along the way, she was struck with a serious illness that literally threatened her very life. During that time of trial, a visiting friend who perhaps was trying to comfort her said about how it was a pity that a woman of her capabilities should be hindered with sickness from doing the Lord’s work. She responded with much grace and gentleness – this wise woman said:

There are thousands of merely good works the world may try to draw us into, but in honouring of God, it is not the greatness of our service that matters, it is not the volume of our activities for God that matters, it is not even the magnitude of our involvement in the work of God that really matters, but what really matters is the desire and the willingness to honour God in whatever way He wants us to honour Him. God has not called us to be successful, but He has called us to be faithful. Discovering the will of God and obeying it is the secret of true success God’s way. “To know the will of God is the greatest knowledge! To do the will of God is the greatest achievement” – George W Truett.

As Christians, our highest calling and deepest joy is doing the will of God. But being human, I think it is often the case that we may struggle to do God’s will. Even Jesus who came to this earth to do His Father’s will by the way of the Cross did not find it at all easy. While on the Mount of Olives with His disciples, He prayed, “Father, if it Your will, take this cup away from Me; nevertheless, not My will, but Yours, be done.” An Angel came to strengthen him during that time of prayer and in great anguish, Jesus prayed earnestly the more to the point His sweat was like drops of blood falling to the ground (Luke 22:39-44). And in the end, He willingly drank that bitter cup so to do the Will of His Father wholeheartedly.

When trying to discern the will of God, I personally think it is important to constantly seek God in prayer; seek godly counsel; take on the opportunities right in front of us; and to have a inner peace about the decision we take… I think there are times we all may have struggles and doubts as we try to make sense of this life, and we may find ourselves wondering, “What is this life for? What is the secret of life? What is the purpose of life? Lord, what do you want me to do in this life in preparation for the next life to come?” I have to confess that I am not skilled to really understand what God has specifically willed or what God has planned, but this I know:

To conclude with, one thing is for sure, the scripture lays out the essential principles and the will of God that ought to govern our lives and decisions as Christians. God’s general will is for us to trust in Him at all times; to obey His words as revealed in scripture; and to follow Him where He leads even without knowing what lies ahead.

This is what the LORD says: “Stand at the crossroads and look; ask for the ancient paths, ask where the good way is, and walk in it, and you will find rest for your souls (Jeremiah 6:16)… Whether you turn to the right or to the left, your ears will hear a voice behind you, saying, “This is the way; walk in it.” – Isaiah 30:21.

God leads us on by paths we do not know.
Upward He leads us, tho’ our steps be slow;
Tho’ oft we faint and falter on the way,
Tho’ storms and darkness oft obscure the day,
Yet, when the clouds are gone,
We know He leads us on.